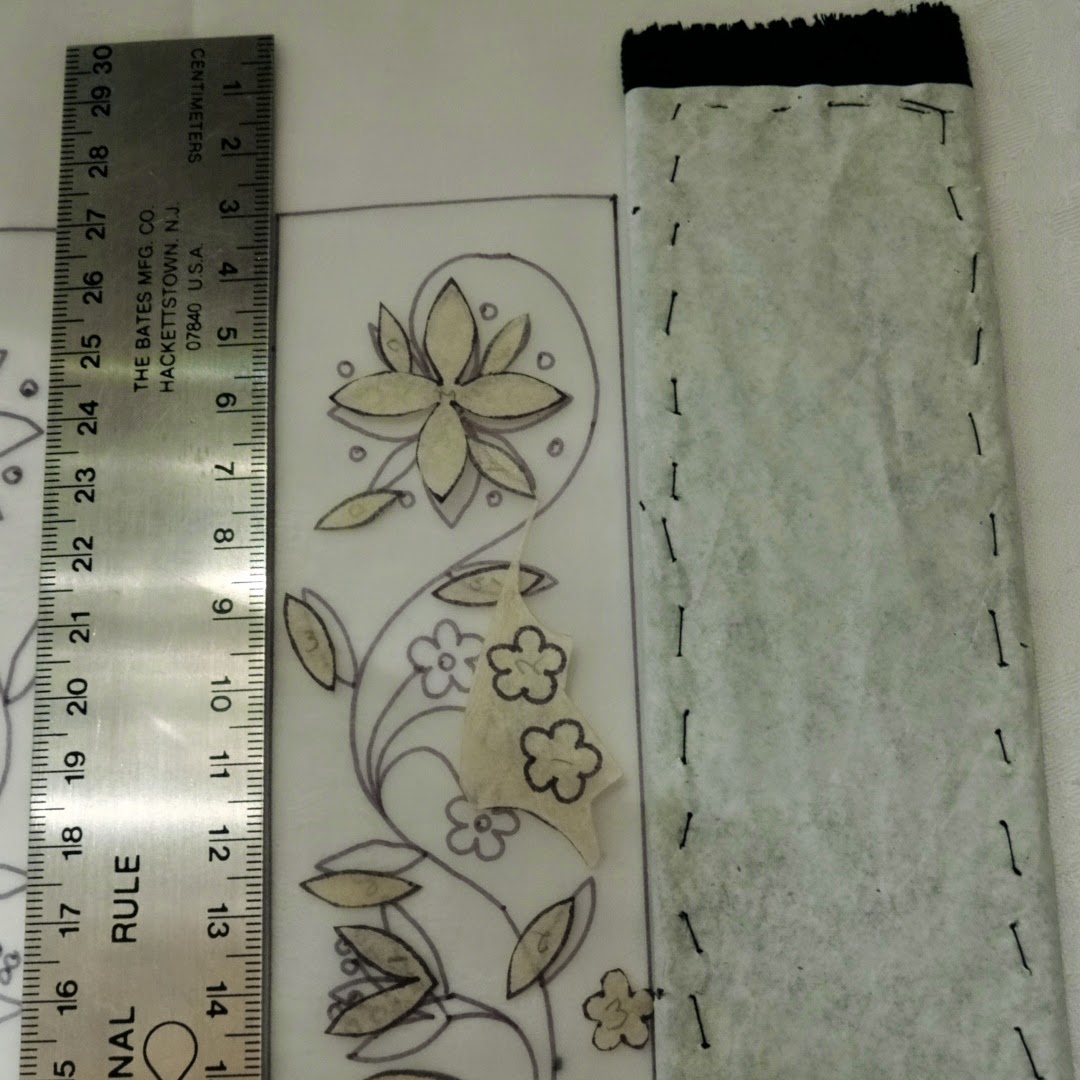 One of the most beautiful parts of the national costume is the embroidery. Embroidery is used extensiely in the oldest form of the costume, Faldbuningur.  There is a large flower border on the skirts, although it was also known to make them without embroidery, but with velvet lines instead.  The embroidery can be of two different types, Skattering and Blómstursaumur.  The latter is a special Icelandic embroidery stitch, very pretty, but I do not know the origin of the other one or if it is known in other countries.

And then there is the embroidery on the velvet borders of the vest, and on the jacket of the Faldbuningur. That is always done in an embroidery technique called Baldýring which is known as Gold embroidery in English.  In the older costumes it was done either with gold and silver thread or with silk.  I love the silk myself because it is so colourful.

I took a course in Baldýring and I am making the border for the vest.  It is not an easy technique to master, but I found that sewing the twisted gold threads down was fairly easy.  The Baldýring itself is not and I need to practice a whole lot before I can tackle the real thing.

Making the borders is quite involved and I want to write it down so that I do not forget it.  And also so that others can know how to do it.  I really think it is important to share knowledge, especially about old handwork and methods because they might so easily be lost.

The borders themselves are made from 3 layers, 2 good quality fabrics and a parchment or cardboard :

The needles that are used are very fine needle nr. 9 or 10 for the Baldýring itself (the same type that as is commonly used in quilting). And also a nr 7-8 for general sewing. And a very large needle for the gold twisted threads.

There are a number of patterns one can use and a multitude of colours, so the choice is not easy.  I went through a whole lot of patterns before deciding to draw my own.  Some of the patterns are quite old, while some of them date from the early 19th century.  But that is the subject of the next post.