Milk Paint - How Cool Is That! 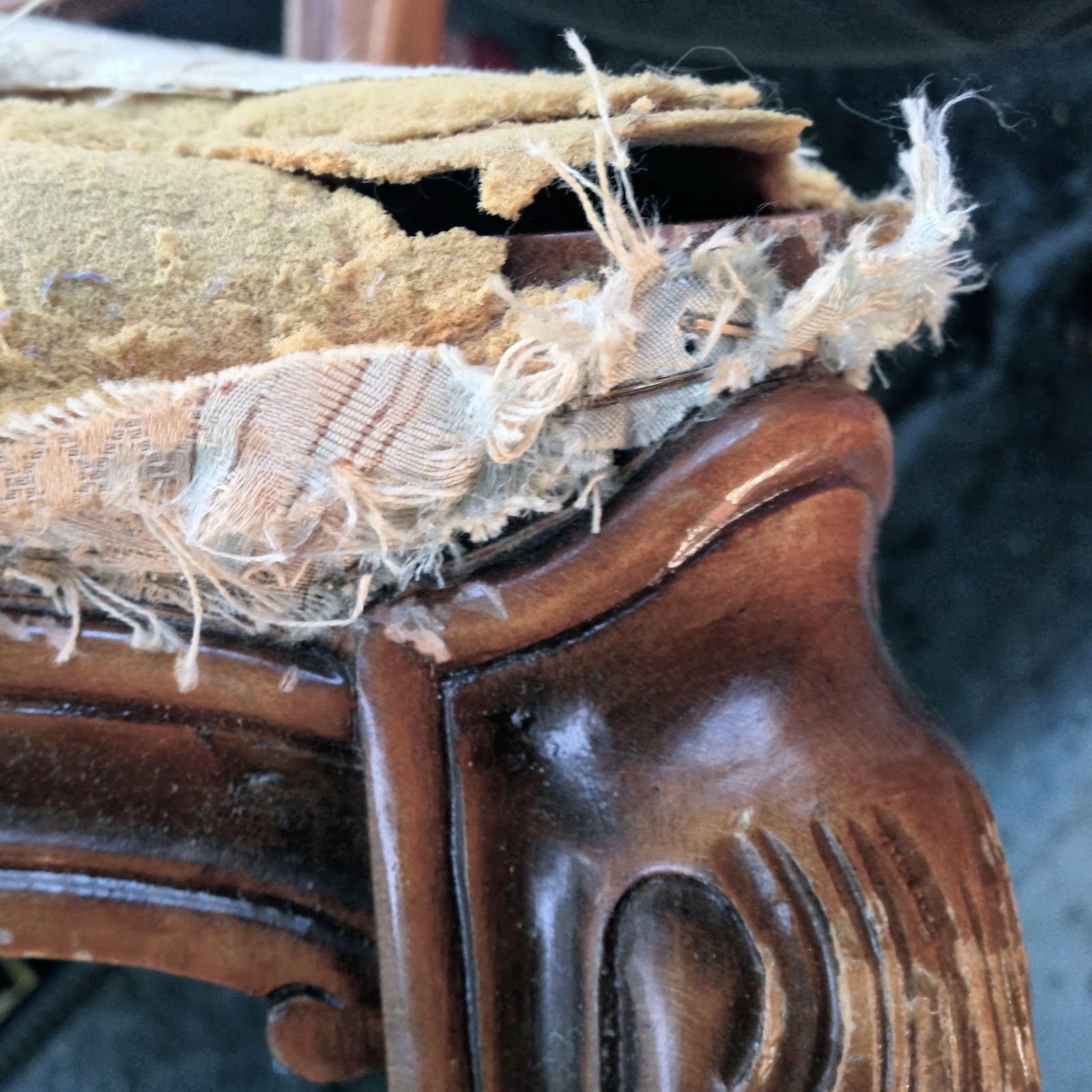 I heard about milk paint a few years ago and was really excited.  Paint made from milk!  Wow!

I immediately made plans to make some and test it out.  However I lacked some of the material and the plans were put on hold until I had gotten hold of them.

I ended up ordering some stuff from Kramer pigments in Germany (they apparently also have a shop in the US), but never really did anything with it.  But the other day I got an excuse to start that process again and made some paint.

I want to refinish some dining chairs that I got for little money in a thrift store.  I have plucked away the old and ugly fabric that covers them and am working on sanding the frames.  I want to paint them with milk paint in an ivory or creamy colour and upholster them in linen.  I have a thing for linen these days.

Milk paint is made from milk, lime and pigment, sometimes with the addition of Borax.  The Borax helps the lime dissolve the casein protein in the milk so it makes for a smoother paint as well as provide some preservative qualities to it.  But milk paint spoils easily so it should be used within a few days once it is mixed. Store it in the fridge in between uses, but let it reach room temperature before painting with it.

Milk paint adheres well to fresh wood and will give a strong and durable finish.  It is a very good alternative to the plastic water based paints that are available.

For this recipe use 1 liter non-fat milk, ½ cup vinegar. 1 tsp borax and 1 cup of lime putty.

To finish off the painted surface, it can be waxed with beeswax or furniture wax or alternatively given a final coat of a transparent glaze made of milk curds and linseed oil.

To make the glaze, make the curds as above, but do not add borax or lime.  Instead drizzle linseed oil into the glaze as you use the stick blender to mix.  Add pigment if you wish to tone the glaze.  The pigment always needs to be slaked, which means: Measure equal amounts of water and pigment and let sit for an hour.  Use this to glaze over the paint.  Let dry.

Email ThisBlogThis!Share to TwitterShare to FacebookShare to Pinterest
Labels: DIY 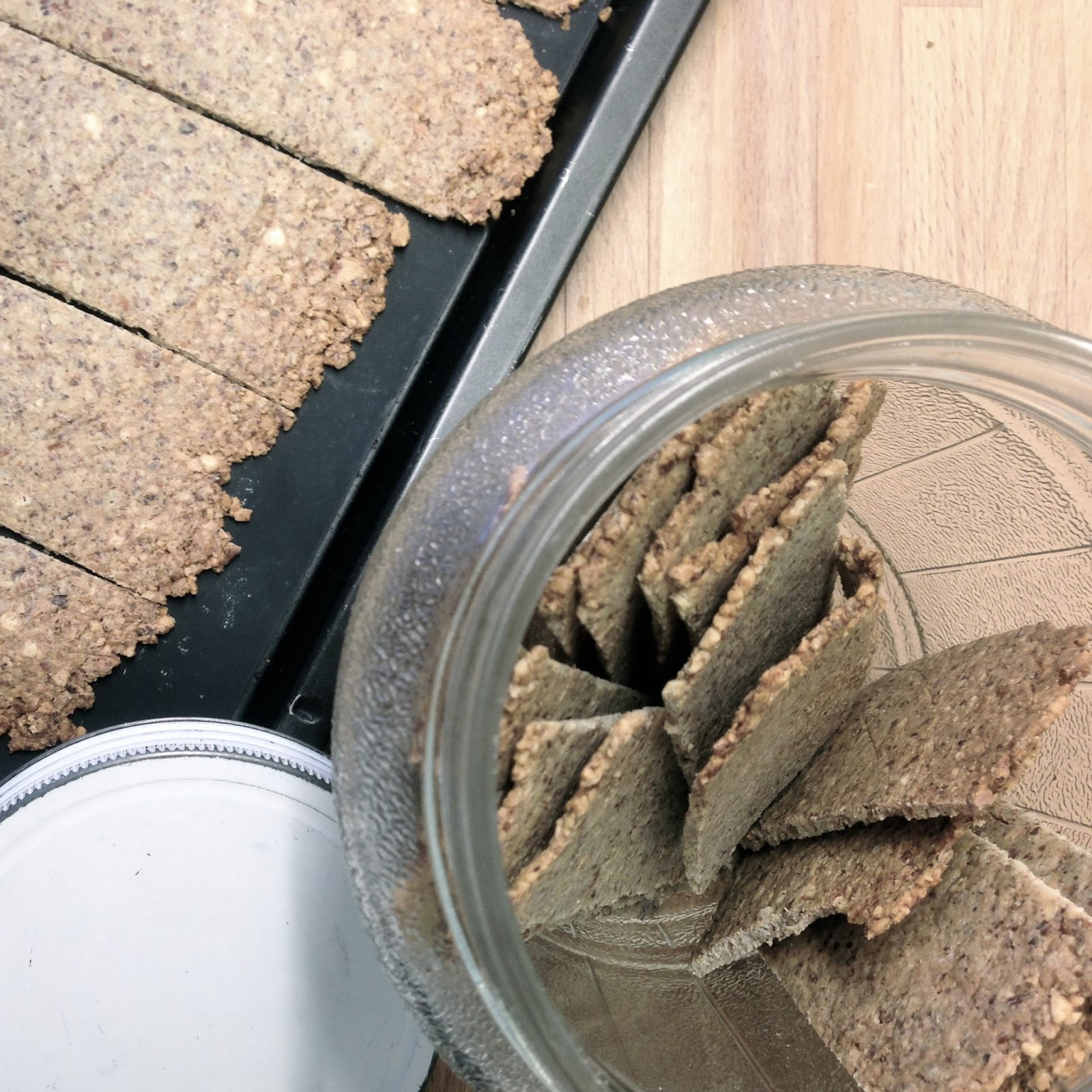 I went on the GAPS diet just over a year ago.  I did it mostly because I was disgusted with arthritis drugs and decided to do something myself to get rid of the pain in my body.  I have osteoarthritis and fibromyalgia, the former causes pretty constant pain in my hands and the latter makes me feel, on occasion, like I was hit by a truck.  The drugs that are used to treat those pretty much all have in common the danger of the patient's heart stopping or the patient having a stroke.  Neither of those is preferable in my opinion.  So I did GAPS by the book, intro and all.  I planed to be on the diet for the prescribed 1.5 years and then, hopefully, I would be in less pain.

I loved the diet.  It really is very much like the traditional Icelandic diet used to be for centuries.  Lots of meat, some vegetables, fermented dairy and pretty much fermented everything. Fermentation by whey was one of the best preservation of food possible here.  So I felt great.  I lost weight rapidly and noticeably a lot of water weight, which I could feel, made my joints much easier to move.  So I was very happy on that diet.  I ate so much good food and I was never hungry.  People felt sorry for me, but I was happy as a lark.  Yumm!

Then hubby and I went on a vacation and I started cheat and eat bread when we were in Italy.  Two days later I realized, that the pain had returned.  Returned!  I hadn't even consciously noticed that I had had no pain in my hands for weeks.  I had just noticed that I felt great.  Anyway, for those who are interested in trying this diet there are many books on the subject as well as websites.  Here are some of the ones I found useful: The Nourishing Gourmet, Keeper of the Home, The Healthy Home Economist, Gaps Diet Journey and of course this: Gaps.me.

There was only on thing that I found incredibly difficult on this diet and that is not eating bread.  I love bread with butter and cheese.  Especially my own fresh baked sourdough.  But that isn't allowed on the GAPS diet and I was doing it correctly.  By the book.  So no bread.  No toast.  And I missed my toast.

But then I discovered that one can make crisp bread with nuts.  And it's very easy.

I use a variety of nuts, just depending on what I have in the cupboards.  I also like to include seeds, like sesame and pumpkins seeds.  I just eyeball it into my food processor, but a typical recipe might look something like this:

Put the nuts, seeds and salt into the food processor and pulse until the mix is very fine.  I usually mix the eggs into this in a bowl by hand because the mix is fairly dry and I have a very small food processor.  I put half of this mix on a silicone sheet and roll it out using baking paper on top.  I roll it out to make it pretty thin, but it is a matter of taste.  This amount of nuts will make two sheets for me.

Bake at 180°C /360°F for about 20 minutes (depending on thickness) until the edges are golden.
Cut while still hot into the size that suits you.

This will keep for at least 2 weeks on my countertop, but I usually eat this within the week :)